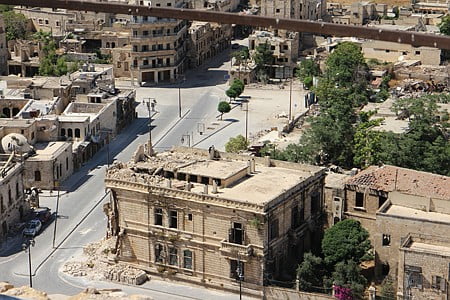 By Christopher Cox, as reported in the Baltimore Times Online

The potential for Opportunity Zones to reinvigorate thousands of communities throughout the United States is regularly, praised by civic leaders and politicians, including President Trump during his State of the Union Address.

While Opportunity Zones clearly hold significant promise for attracting investment in otherwise neglected neighborhoods, it is still too soon to say they will be an unqualified success, according to Venroy July, a Baltimore-based attorney, and partner with Miles & Stockbridge.

“I think Opportunity Zones are good, but you are not going to see if they live up to their real potential until later in the cycle,” July said. The first investors to take advantage of this tax-saving opportunity, according to July, will be wealthy individuals who want to make major investments in “super attractive” projects.

“It will take time to see if capital goes into the next layer of projects and into areas that are not as attractive,” July added. “Once we get into the second and third layer investments, we’ll begin to see the true potential of what Opportunity Zones can accomplish.”

Opportunity Zones were created as a component of the federal Tax Cuts and Jobs Act passed in December of 2017. Their purpose is to encourage investment in economically distressed communities by making it possible for investors to receive preferential tax treatment for investments made in businesses operating within nearly 9,000 Zones that have designated in every state in the United States, as well as in the District of Columbia and five U.S. territories. An example of a Baltimore-area Opportunity Zone that July is familiar with is Yard 56, which is converting a former industrial site into a 20-acre, mixed-use project. In its first phase— expected to open this year— Yard 56 will have a retail center, grocery store, and fitness facility, among other shops and restaurants.

Plans for Phase II include a variety of office spaces, residential units, more retail stores, and a hotel. Located near the Johns Hopkins Bayview medical campus, Yard 56 is being developed by P. David Bramble, a principal with MCB Real Estate LLC, and his partner Peter Pinkard.

One frequently voiced concern, even among the staunchest supporters of Opportunity Zones, is the potential they have for causing gentrification in communities that see a sudden infusion of investment capital.

“Gentrification is going to happen as a result of investment in Opportunity Zones,” July predicts. “Early investors are not going to be looking to do small investment projects; they will be looking to participate in huge projects that will be very capital intensive. If you put a big project in these neighborhoods that have been historically underinvested, in some cases the communities are going to be overwhelmed.”

July believes the real power of Opportunity Zones will be seen when smaller investments of several hundred thousand dollars, as opposed to tens of millions of dollars, create a significant benefit by “building on what is already in neighborhoods.” He would like to see minority participation in such projects pursued by churches, fraternities, sororities and other organizations that can pool their resources and invest in their own communities.

“There is already a trust relationship within these organizations,” July notes. “If they plan strategically, members can put together a well-thought-out plan for urban renewal in the communities where they live, without bringing about displacement. Such investments can actually enhance these communities, while also helping to create generational wealth for African Americans and others.”

Christopher G. Cox is the publisher and managing editor of www.realesavvy.com