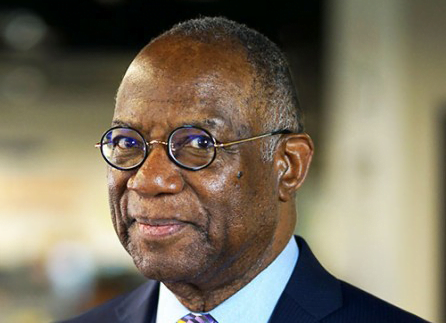 Meet Ben Slayton, president and CEO of LEGACY Home Loans, who has just opened two new branch offices located in communities where mostly African Americans live. Headquartered in Las Vegas, his company is one of the most successful Black-owned mortgage banking firms that continues to make good on its commitment to empower African American communities throughout the United States with a focus on building sustainable wealth through homeownership and leaving family legacies. One of the new branch offices is located in Hyde Park, Illinois, a suburb of Chicago and President Obama’s hometown. The branch office is managed by Leonard Pollard, a 25-year veteran of the mortgage business and calls Chicago his hometown.

The other new branch office is located in downtown Atlanta, Georgia, the hometown of Dr. Martin Luther King, Jr. Tony Bryant, another 25-year veteran of the mortgage business who calls Atlanta his hometown, will oversee this location.

Slayton’s commitment for LEGACY Home Loans is to make it a household name in the African American communities when it comes to the purchase of a new home or a refinance of an existing home, by opening branch offices in every city in the United States that has 25 percent or more African American population. And, by hiring local mortgage professionals in the Black communities and giving them the tools, loan programs, and resources, they can compete head to head with any mortgage lender in the United States. Today, LEGACY Home Loans has branch offices located in the cities of Los Angeles, North Hollywood, Atlanta, Tucker, Georgia, Baton Rouge, Denham Springs, LA, Shreveport, Dallas, and Houston.

The word “LEGACY” should have a special meaning to African Americans. It speaks to our ardent desire to provide and to leave sustainable wealth for our families. Most Americans’ wealth is derived from the equity from homeownership. Today, African American homeownership is at a historical low of only 41 percent, meaning only 4 out of every 10 African Americans own their own homes. “If we work together, we can increase that 41 percent to something close to where the White population is at 72 percent, which is over a 30 percent homeownership gap. We all need to do something about this, and one way is to start building sustainable wealth through homeownership and start leaving legacies for our families,” Slayton says.

Slayton has been a leader in the African American community since he became the first African American REALTOR® in America in 1964. Since then, he has started, built, and sold several successful businesses in the real estate industry. He is presently the president and CEO of LEGACY Home Loans, owner of Twelve 11 Media that publishes Mortgage WOMEN Magazine, Mortgage Compliance Magazine, The MORTGAGE BANKER Magazine, and YES YOU CAN Magazine. He also serves as a member of the board of directors of Panorama Mortgage Group, LLC.