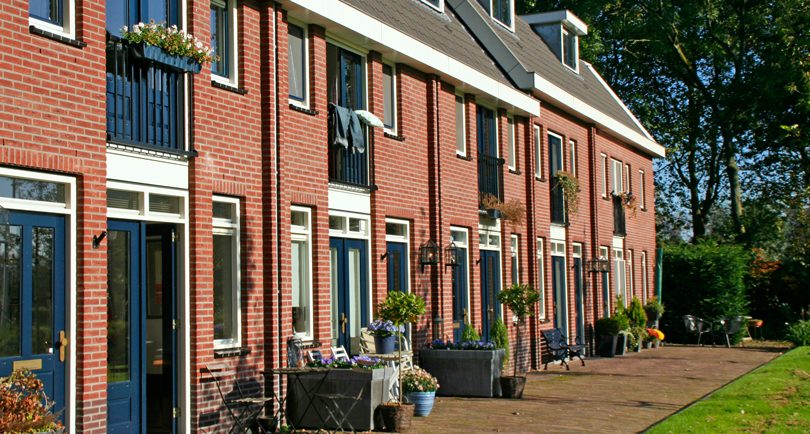 From the Business Insider

The term “public housing” is generally associated with poor, disaffected US minorities — but it turns out its origins were very much white and middle class.

Explicitly racist housing policies at the federal, state, and local levels, first during the Great Depression and then after World War II, helped deepen and exacerbate a wealth gap between the races that has accelerated over the decades.

Those policies also led to a sharp rise in racial segregation across many US cities, according to Richard Rothstein, a research associate of the Economic Policy Institute who wrote “The Color of Law: A Forgotten History of How our Government Segregated America.”

“There was a systematic pattern that we’ve forgotten by which every metropolitan area in this country has been segregated not by the accident of personal choices or economic differences but by very explicit federal, state, and local policy designed to create a segregated landscape everywhere we look,” Rothstein said during his keynote speech at a recent conference sponsored by the Federal Reserve Bank of Minneapolis.

The Fed is putting increasing efforts into community development as the unemployment rate falls to historically low levels, forcing policymakers to face more intractable social issues that are not always directly amenable to monetary or even fiscal policy.

America’s racial wealth gap today is almost hard to fathom: Black families on average hold a paltry 10% of the wealth owned by the average white family, a level of inequality that eclipses anything seen in other rich nations. Rothstein argues that a big part of that gap comes from discriminatory housing policies that allowed whites to build gains from homeownership while blacks were forced to rent.

Rothstein argued that the roots of inequality in housing wealth were very much intentional and not the result of self-segregation by choice.

“Housing was built on a segregated basis, very often creating segregation in communities that hadn’t known it before or at least where it wasn’t nearly as intense as it later became,” he said.

President Harry Truman proposed a massive expansion of the public-housing program in 1949 to house returning veterans, Rothstein said. The 1949 Housing Act was passed “as a segregated program, and the government used that act to continue to segregate all its housing programs for the next 10 years.”

There was also a major financial component to the discrimination, according to Rothstein. In the postwar period, white Americans were given attractive, government-subsidized mortgages to move to all-white suburbs, the best known of which was New York’s Levittown, that were not accessible to blacks and other minority groups. That helped white families that benefited from those mortgages to build housing wealth.

The Federal Housing Administration at the time not only “refused to insure mortgages in predominantly African American neighborhoods” but also actively subsidized “the movement of white families out of cities into single-family homes in the suburbs,” Rothstein said.

Racial segregation was built into public-housing policy. Contracts in suburban subdivisions were made with an FHA subsidy that explicitly required that no blacks be allowed to move in, either initially or through future sales.

All those policy decisions led directly to the race gaps we see now. “Without federal government policy of this kind we would not have the kind of segregation in any metropolitan area today,” Rothstein said.