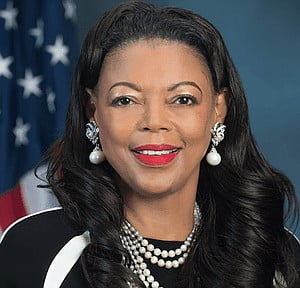 Denise Cleveland-Leggett was enjoying a successful law practice when she got an unexpected call from Dr. Ben Carson, former secretary of the U.S. Department of Housing and Urban Development (HUD).

“I’ve had the privilege of knowing Dr. Carson for over 30 years,” Cleveland-Leggett said of the famed neurosurgeon, who served as a mentor to her husband, Dr. Christopher J.W.B. Leggett, an interventional cardiologist, when he studied at Johns Hopkins University. “Ultimately, Dr. Carson and his wife became friends while we were living in Baltimore.”

When asked about making the transition from practicing law to becoming the regional administrator for HUD’s Region IV, Cleveland-Leggett said her relationship with Dr. Carson was a key factor. “In Dr. Carson, I saw someone who looked, not at the impossibilities, but at the possibilities. He allowed us the flexibility and independence to make whatever changes we felt were needed at HUD.”

That independence and her years of practicing law enabled Cleveland-Leggett to chalk up several significant accomplishments during her tenure.

One success that came only a short time after her appointment was reviving a $30 million Choice Neighbors federal grant for Atlanta that early in 2018 was going nowhere.

“These grants are hard to come by,” Cleveland-Leggett said. “They are given to local housing authorities to change the housing situation and improve neighborhoods.”

As a self-described problem solver, she pulled together meetings with all the city’s key players, including Mayor Keisha Lance Bottoms, and was able to overcome some infighting and get the project back on track.

“Because of my experience as an attorney with mergers and acquisitions,” Cleveland-Leggett noted. “I know that when you are close to a deal, certain things have to happen. Nothing had happened on this Choice Grant since it was awarded in 2015.”

As a result of her intervention, and the cooperation of the involved parties, Atlanta received the funds, preventing them from reverting to the U.S. Treasury.

“Once those grants go away,” she added, “they don’t come back.”

Cleveland-Leggett’s hands-on approach to the eight states in her region, as well as Puerto Rico and the U.S. Virgin Islands, was frequently demonstrated when dealing with the aftermath of hurricanes, earthquakes, floods and other natural disasters.

“One of the things I made a point of,” Cleveland-Leggett recalls, “was telling my people that every time there is a disaster I need to be on a plane to go see for myself what the results are; I need to walk the streets.”

This led to the former administrator logging thousands of air miles to travel to hard hit communities throughout her region in the wake of such disasters as Hurricanes Maria, Irma and Michael and an earthquake that struck Puerto Rico in December of 2019.

She recalls walking through hurricane-ravaged neighborhoods of the Florida panhandle where “it looked like a bomb had gone off” and being hugged by an elderly survivor of flooding in New Bern, N.C., who just wanted to thank her for being there.

When asked about her next career move, Cleveland-Leggett was reflective and philosophical. She is reaching out to friends and colleagues and is pleased that associates in the private sector have expressed an interest in helping her to find ways to utilize her knowledge and experience.

“I’m a person of faith,” she said. “So I believe that God will direct me to where I need to go, just like he brought me to HUD.”

Watch my interview with Denise Leggett