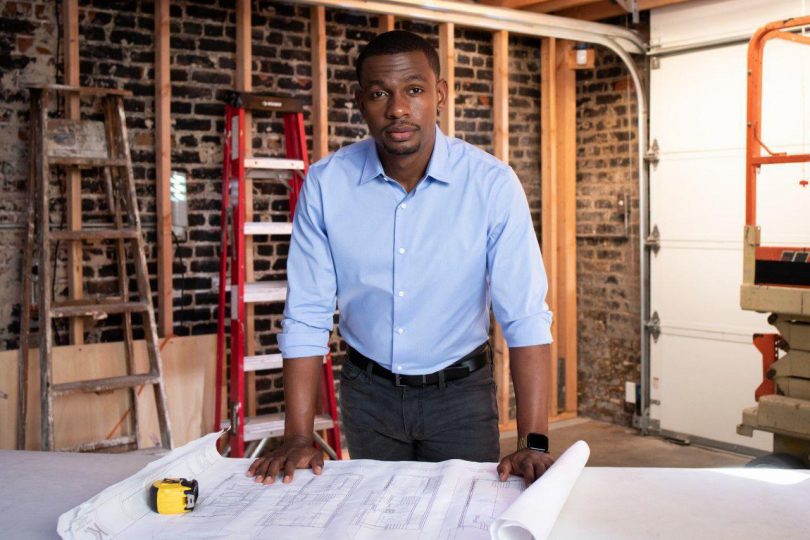 As reported in the Philadelphia Tribune

Just about 10 years ago, Patrick Jeune and his college roommates were struggling to rent a house from their landlord for $2,000 a month.

“I feel like it’s a blessing for me to be at the point where I am now, to be able to accomplish everything that I’ve accomplished, so in return, I’ve started to give back,” Jeune said.

In September, Jeune invited 15 people to dine with him for his 30th birthday and shared advice about how to get started in real estate.

“In less than 60 days, I already transformed four people into real estate investing and that’s something that I am looking to continue to do as a way of giving back,” he said.

“I feel like I figured it out. This is something that I want to share because I know that there are a lot of people out there who are trying to figure it out, too.”

And after years of selling homes for well above Philadelphia’s market rate, Jeune wants to acquire land from the City of Philadelphia and develop those properties for affordable housing. He also aspires to tap into larger real estate development projects and expand his footprint into other cities.

Jeune also is featured in Wells Fargo’s new year-round cultural engagement campaign, Empowerful. He appears in a video on the bank’s Empowerful Exchange where he tells his story of how he went from being a struggling college student to a real estate mogul.

He is one of the financial institution’s customers who have broken barriers in education, entrepreneurship, and homeownership.

“What we wanted to do with Empowerful is really help to inspire people in diverse communities and one of the things we wanted to do that is through stories — stories of people who have actually made an impact,” said John Lake, vice president of the Multicultural Marketing Strategy team at Wells Fargo.

“When someone achieves something, it has a ripple effect. It has an effect on families. It has an effect on the community, so we were looking for stories that really brought that to life. So when we found Patrick we thought like he really did that. When we found out that he was a customer, it really made it a good fit for what we were trying to get out there. We want to be here to help empower people.”

Jeune, a West Philadelphia native, was in his sophomore year studying business at Temple University when his rent struggles inspired him to get into real estate.

“I was just thinking to myself that this guy who owns this property has to be making some serious money if every month we have to come up with $2,000, so that is what kind of sparked the idea for me to go ahead and get into real estate,” he said.