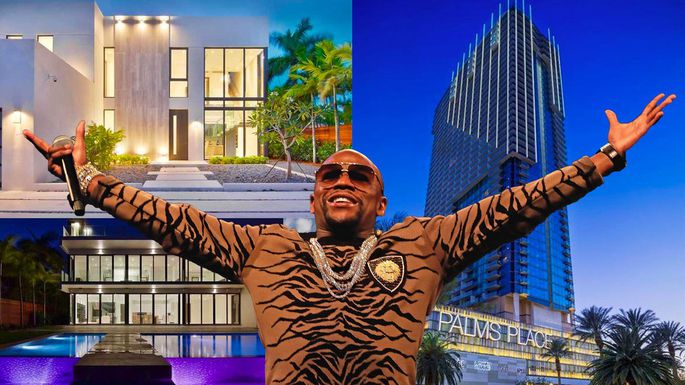 Revered as one of the greatest boxers—if not the greatest—of all time, Floyd Mayweather Jr. is a perfect 49-0 over his legendary ring career.

And outside the ring, especially when it comes to the fortune and real estate portfolio that he flaunts, “Money” Mayweather has yet to take a loss. He’s heavily favored to dispense with mixed martial artist Conor McGregor when the two finally meet in the ring, so it’ll be interesting to see what the mood is like back at Mayweather’s mansion if McGregor can pull off a stunning upset.

Bigger than ‘The Big Boy’?

It came as no surprise when the three-time leader of the Forbes list of highest-paid athletes announced in a recent video that he had purchased a new Las Vegas mansion ahead of his mega-fight with the UFC champ.

The video went up on YouTube a couple of weeks ago, and the boxer is cagey about the details of his new purchase. Little is known about the newly purchased mansion, but during the interview with FightHype, the undefeated champion told the cameraman his newest acquisition could unseat his current Vegas abode, known as “Big Boy Mansion.”

If that’s indeed the case, the new place must be one hell of a piece of real estate—because Mayweather’s original “Big Boy Mansion” is almost as legendary as the boxer himself.