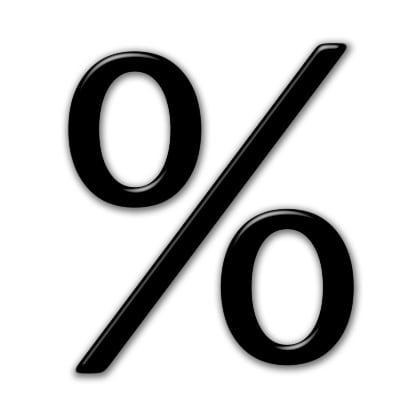 Perhaps the most important decision for prospective homebuyers is determining the maximum price of the home they can afford.  Once that decision is made, a nearly equally important determination is what type of mortgage they can qualify for and how much the interest rate will be.

According to Brian A. Hudson, executive director and CEO of the Pennsylvania Housing Finance Agency, mortgage interest rates are headed higher, but gradually.

“Recently we have seen the Federal Reserve [Fed] begin to raise interest rates,” Hudson said.  “As the Fed continues to raise rates and reduce its inventory of mortgage backed securities, mortgage interest rates will begin to inch upward as well.”

This will likely happen at a slow pace, Hudson added, because the economy is still experiencing a sluggish recovery.  The Fed – the central banking system of the United States – has increased interest rates three times since December of 2016, a sign that it believes the economy is beginning to make progress.

Charlie Daniels, district manager at Residential Mortgage Services in northeastern Pennsylvania, agrees with Hudson that actions by the Fed will be critical in determining what happens to mortgage interest rates.

“Clearly the Fed is committed to reducing its balance sheet,” he said, “but there are a number of other important factors in play as well.”

Among these factors, Daniels said, are the state of global economy; whether the U.S. economy can reach, and sustain, 3 percent growth; and uncertainty surrounding geopolitical risks.

Even at the current level of about 4 percent, mortgage interest rates remain at historic lows, especially compared to the early 1980s when the average rate on a 30-year fixed rate mortgage was 16.63 percent, according to Freddie Mac.

“A key factor in the downward pressure on the economy,” Hudson says, “is the fact that unemployment has been relatively high for a long period of time.” High unemployment, he says, causes people to delay home buying and to opt for renting. “For quite some time now,” Hudson says, “rentals have been going through the roof.”

The housing market is definitely improving, however, Hudson explains, as the unemployment rate goes down, as more and more millennials – who like to live close to where they work – enter the housing market, and as the inventory of available homes continues to tighten.

“Over time,” he notes, “renters begin to look at how much they’re paying in rent and realize they can use those rent payments to build equity by purchasing a home.”

Given the fact that Hudson, Daniels and many other experts who follow the housing industry closely believe that mortgage interest rates could head upward, now is a good time for prospective buyers to consider getting into the housing market, “but only after you’ve done your homework,” Hudson cautions.

Despite all the forecasts that interest rates will begin to increase, no one knows for certain what will happen, Daniels warns.

“Most forecasters have been saying for years that interest rates would begin to climb,” he adds, “yet rates have remained in a narrow range for a decade.  You might say we’ve been going sideways.”