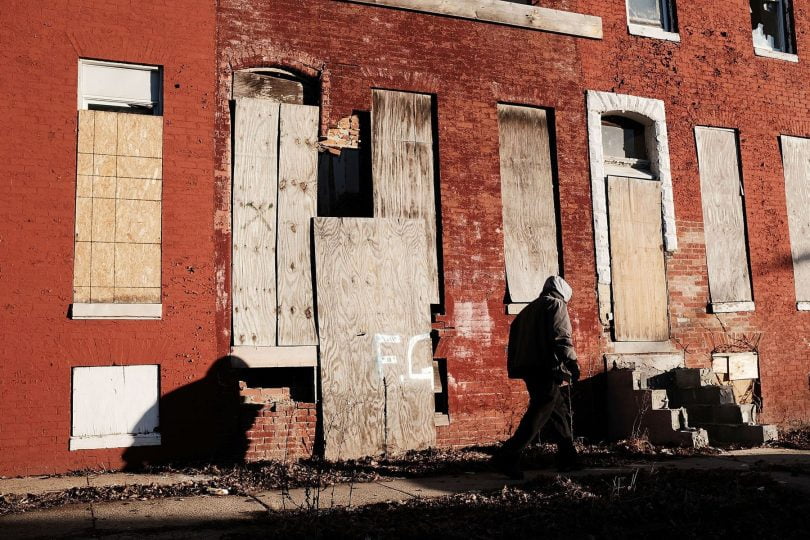 As reported in Bloomberg Opinion

A new study in Chicago shows how the dream of homeownership was converted into a poverty trap.

One question is — or should be — central to any assessment of the state of America: Why, more than a century and a half after slavery ended, does the typical black family remain so much poorer than the typical white family?

A new study on housing in Chicago illustrates a big part of the answer: Generation after generation, the U.S. system of real-estate finance has enriched whites at the expense of blacks.
Housing has long played a crucial role in American wealth accumulation: People buy homes with federally subsidized mortgages, build up equity and pass the assets on to their children. But as recently as the 1960s, government policy excluded blacks. In a practice known as redlining, the Federal Housing Administration designated predominantly black neighborhoods as no-go zones for government-insured mortgage loans. The FHA also wouldn’t guarantee loans for new mixed-race developments: The presence of even a single black family was enough to warrant rejection.
Hence, blacks had to find other ways to obtain shelter. One was “contract for deed,” an arrangement usually offered by speculators who bought properties expressly for the purpose. It required a down payment and regular monthly installments from the occupant, but that’s where the similarities to a mortgage ended. The sale price and effective interest rate tended to be wildly inflated. The “buyer” assumed all the responsibilities of a homeowner, including repairs and taxes, while the “seller” retained title, along with the power to evict for missing even a single payment. As a result, families who bought “on contract” didn’t accumulate equity, and faced a long and precarious path to ownership.

Chicago became a hotbed of contract-for-deed transactions in the mid-20th century, as large numbers of blacks — still brutally persecuted in the South — moved to northern industrial cities in the Great Migration. The city also saw one of the country’s largest organized rebellions against the practice: The Contract Buyers League, which filed two federal lawsuits seeking relief from the contracts’ onerous provisions. The lawsuits failed, but for historians their long lists of homes and tenants (cited as evidence) provide a rare and valuable window into what was otherwise a largely undocumented and unregulated phenomenon.

Now, researchers — including Jack Macnamara, who as a young Jesuit seminarian helped organize the League –- have tapped those lawsuits, along with municipal records and the work of other scholars, to come up with an estimate of how much this one predatory practice, in one city, set back black families. Using data on sales and mortgage rates, they calculated how much each family’s payments exceeded what they would have been if the property had been purchased at the prevailing market price with a conventional mortgage loan. They then added it up for all the contract properties they could identify from the years 1950 to 1970.

The outcome: Black families were overcharged somewhere between $3.2 billion and $4 billion (in 2019 dollars). The real estate agents and investors who profited were almost exclusively white, so this represents a direct transfer of wealth from one race to another. Worse, the contracts’ exorbitant terms, along with the lack of equity to borrow against, left black families without the means to invest in their properties, contributing to the physical decline of their neighborhoods.

The predation didn’t end in the 1960s. It evolved. There was the FHA scandal of the 1970s, in which indiscriminate federal lending and outright corruption enabled speculators to sell inner-city homes to blacks at inflated prices, resulting in widespread foreclosures. There was the subprime boom of the 2000s, in which blacks were steered into inappropriately expensive loans that enriched a whole ecosystem of mortgage-industry professionals, but often left borrowers with nothing but an eviction notice and a bad credit history. In the wake of the subprime bust, investors including private-equity firms have again targeted the same neighborhoods, buying up houses on the cheap and renting them back to black and other minority tenants — sometimes under contracts very similar to those of the 1960s.

The investors involved don’t necessarily act with racist intent. They exploit blacks because that’s where the opportunity is. But the effect is the same: Black Americans experience a completely different kind of finance, one that turns the dream of homeownership into a poverty trap. This helps explain why, despite narrowing racial disparities in areas such as education and employment, the gap in net worth remains just as large as it was almost three decades ago.

So if you ever find yourself in a predominantly black neighborhood, wondering why everyone seems so poor, know this: It’s largely because white people, possibly even you or your ancestors, stole from them and their ancestors. The more Americans recognize this deep, tragic flaw in the fabric of our society, the greater the chance that we can find a remedy.