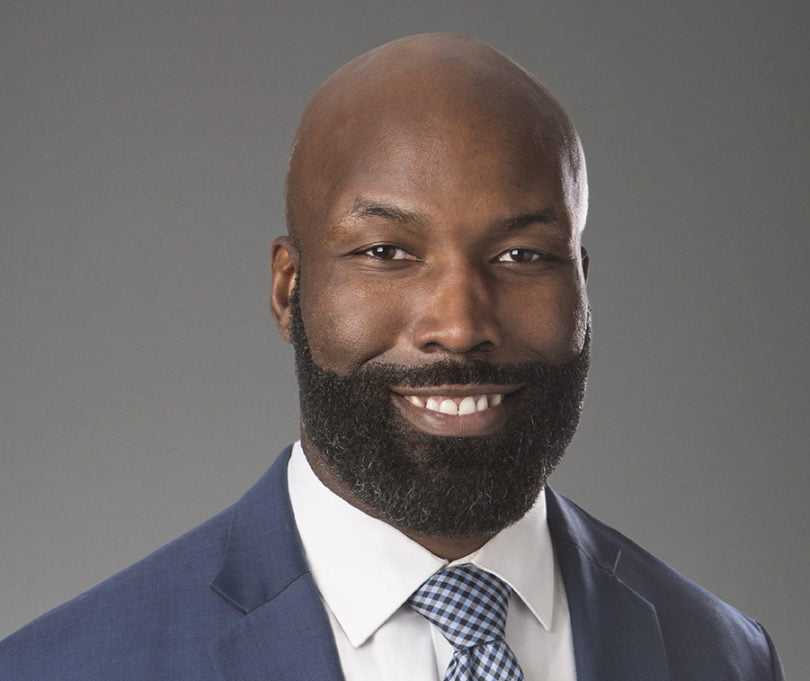 Ask Baltimore-based attorney Venroy July for legal advice and you will find he’s well qualified to counsel you on everything from asset sales to debt offerings.

Tell him you don’t care for his advice and he’s equally well qualified to hit you with a left jab and a right cross.

Not that he would. Still, you might want to reject his advice politely.

Born in Jamaica, July moved to the U.S. at the age of 11 and defied long odds and humble beginnings to earn a degree in political science and economics from UNC Chapel Hill and a law degree from Duke University – not exactly a typical resume for the vast majority of those who turn to prizefighting to make a living.

The motivation for July, a principal at the law firm Miles & Stockbridge, was not so much searching for a way to make a living as it was his late father’s love of boxing and wanting to know what it would be like to be a professional athlete.

“I was also looking for a way to stay in shape,” July said. “I’m not boxing or promoting other boxers anymore. People are aware that I know both boxing and the business of boxing, so I end up getting clients who need my assistance from a contract perspective. We help to put together promotional deals and other things where they need my assistance,” he continued.

When not assisting boxing clients, July is involved in supporting his firm’s Black Business Initiative, which was launched last year to eliminate or reduce barriers that disproportionately impact Black entrepreneurs and businesses.

“My firm started BBI,” July said, “recognizing that many of the issues affecting social justice were really economic. The determination was that we can play a role in helping more businesses to be successful.”

Businesses that want to participate in Miles & Stockbridge’s BBI program must be at least 50% Black owned and have less than five years of operating history, less than $500,000 in annual revenues, and fewer than 10 employees.

“The response has been overwhelming,” July said. “We are working with businesses involved in real estate investment, one that is trying to start a hedge fund and another that wants to become an art dealer – a full range.”

July also continues to be involved in the development of opportunity zones, a component of federal legislation passed in 2017 to encourage investment in economically distressed communities by making it possible for investors to receive preferential tax treatment on income from capital gains.

Addressing the potential of opportunity zones, July said it is important to come up with ways to take full advantage of this legislation, recognizing that most of these zones are in black and brown communities.

July also wants to enable investments of ordinary income, not just capital gains, in opportunity zones. “There is a ton of potential to drive capital into neighborhoods where it can have transformative results,” he said, “so we really need to be thinking about how to maximize that, rather than overhauling the legislation itself.”