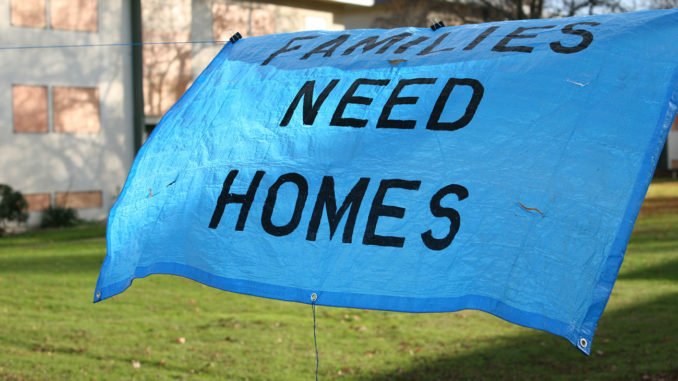 A recent study by the Urban Institute reports that in communities across the nation home prices and rents are exceeding the reach of an increasing number of households.

“For every 100 extremely low-income households, there are only 29 adequate, affordable, and available rental units. That means two parents who both work minimum-wage jobs might wait years to find a safe, affordable place to live with their two kids,” the report states.

According to Michael Washburn, president at Exit Realty of the Carolinas, based in Charleston, S.C, there are a number of troubling factors that contribute to this problem.

“Rules and regulations that govern where and how housing developments can be built,” Washburn said, “vary widely from one municipality to another. Government and the private sector have to come together to streamline the process of building homes and apartments,” he adds.

One possible solution to dealing with this problem, says Washburn, is offering developers property tax incentives that make it possible to reduce the cost of land acquisition. Another more long-term answer is expanding public transportation. Modern light rail systems enable residents to have a reliable, economical commute from areas where housing is more affordable to areas where their jobs might be located.

“It doesn’t help much to have an affordable rent,” Washburn said, “if you have to buy a car and pay all the costs associated with buying gas, maintenance and insurance.”

This growing lack of affordable housing is particularly acute in Charlotte, NC, said LaWana Mayfield, who represents District 3 on Charlotte’s City Council, because of rapid population growth fueled largely by individuals who have relocated from high-cost-of-living cities hoping to find a more affordable lifestyle.

Other important factors contributing to the lack of affordable housing, said Mayfield, are the expanding wage gap between corporate executives and their employees and the ongoing assault on labor unions, which for decades helped to insure wage growth and better working conditions for their members.

Despite these external historical factors, Mayfield strongly believes there is an important role for personable responsibility when weighing the many elements that go into purchasing a home.

“Home buyers need to take the time to do the research on an area where they are considering buying and understand the current market trends,” she said. “We are bombarded in the media with the idea that we should spend money, but it’s important to understand the long-term impact of your investment for both your family and your community.”

Mayfield emphasizes that just because a buyer qualifies for a mortgage at a certain level, does not mean that obtaining that budget-stretching mortgage is the best decision in the long run. “Just because you can pay it,” she adds, “does not mean you should.

“For example,” she continues, “suppose a couple qualifies for a $500,000 mortgage. Rather than buying a home for that amount, they might do better to buy a house that costs $150,000 and spend $50,000 fixing it up. That would give them more financial flexibility to consider other investments or to cope with an unanticipated event such as the loss of a job.”